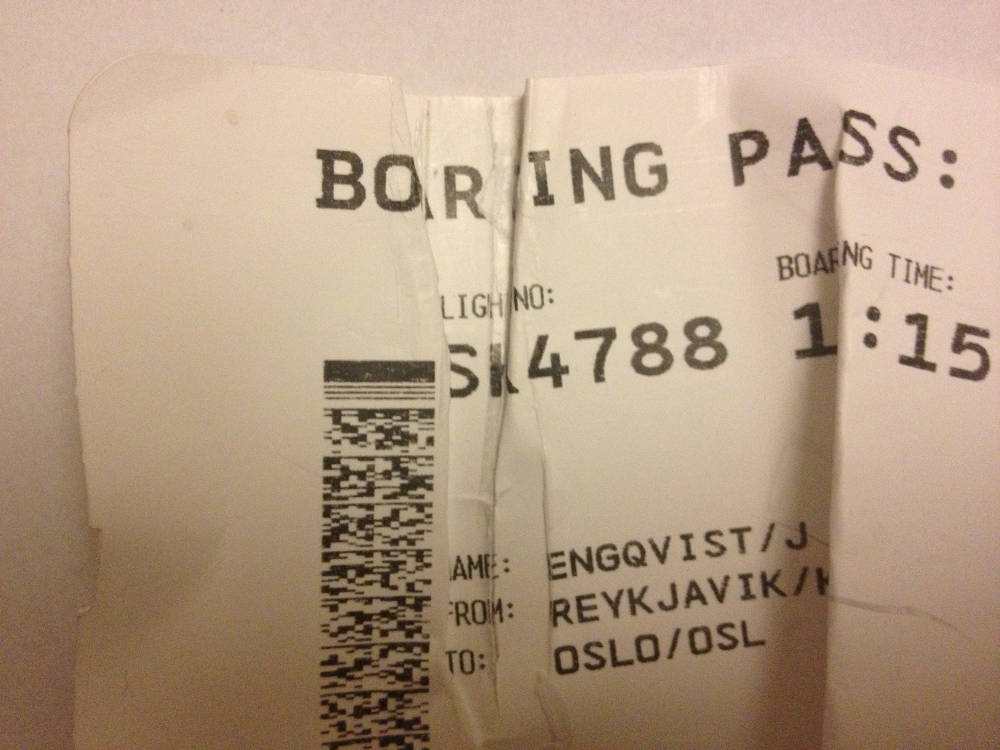 “And on it went. As if nothing really happened, their common journey continued. In retrospect, it had been a smooth ride. Perhaps too smooth. But in many respects, it was and had been comfortable, and there had been no need to question it. There was no tension that couldn’t be dispersed. And they shared a common history lined by a modest palette of healthy conflict and animated discussions; not too many arguments, or latent, undealt with insinuations. They had some kind of common ground. Maybe they had gotten used to it. Not in the sense that they would take their situation for granted. No—they were far too conscientious and well-educated for that. But while time was doing what time does, it became a kind of habit to affirm one another without reflecting too much on it.”

—excerpt from text in progress

Where Project Will Occur
» Sigurdarson will be in the United States, and Habib Engqvist will be in Scandinavia. Habib Engqvist will be traveling primarily on trains, and Sigurdarson more so in automobiles—with occasional transatlantic trips for both. Trips will occur to cities, such as: Lund, Stockholm, Örebro, Copenhagen, Oslo, Mariefred, Miami, New York, San Francisco, &c.

Itinerary
» Writing will be sporadic but will occur in conjunction with specific voyages. Installations and related exhibitions will occur after writings and production of visual work: in hotel rooms related to additional trips for specific arts events (e.g. Miami Basel).
» Project aspires to be complete 2014-15.

How Project Assists valeveil
Emosmosis is an American-Scandinavian artist-curator collaboration utilizing a tête-à-tête format which, by design, more closely examines American and Scandinavian creativity by zooming in on two individuals located in the United States and Scandinavia. Their documentation and communications with one another will follow an experimental format based upon their series of travels in numerous locations. Their final texts, visuals, installations and exhibitions aspire to reach a larger audience of ranging individuals located in the United States, Scandinavia and elsewhere. The unavoidable boredom, repetition and malaise associated with frequent travel are factors influencing their production. Project results will be open to the public and address sentiments shared by many who find themselves in transit.

About the Arrow Curator
Jonatan Habib Engqvist is a Stockholm-based theorist and curator. He has previously worked at Södertörn University, Royal Institute of Art, as curator at Moderna Museet in Stockholm and as project manager at Iaspis: the Swedish Arts Grants Committee’s International Exchange Program for Visual Art. Additionally, Engqvist is editor-in-mischief at tsnoK and producer of international programs and exhibitions. He has written for and edited journals such as Ars Hypermedia, Glänta, Ord&Bild, Motiv, Input and Divan and co-edited books In Dependence (Torpedo Press, 2013), Work, Work, Work: A Reader on Art and Labour (Iaspis / Steinberg Press, 2012) and Dharavi: Documenting Informalities (The Royal Institute of Art, Stockholm 2008 & Academic Foundation, New Delhi 2009). Recent freelance projects include “(I)ndependent People” at The Reykjavík Arts Festival (2012).