The 15th foxhole meeting is coming soon—a community project in collaboration with Minibar Artist Space. foxhole meetings aspire to assist independent curators and self-organized entities; the project is interested in creating and supporting its own safe zone or “foxhole” of self-sufficiency in Stockholm. foxhole was initiated in 2012 by Jacquelyn Davis but is now co-curated with the assistance of Kristina Lindemann.

“It may very well be that the first utopia, the one most deeply rooted in the hearts of men, is precisely the utopia of an incorporeal body.”

“The nude collection” is a working title for Tobias Sjöberg’s recent engagement with nakedness in a visual but yet purely non-pictorial and non-bodily way—one could say. Nakedness is indicated as a state of being, almost a form of aggregate state and even in its metaphorical appearance as in the works of Sjöberg, it cannot let go of its link to visual and bodily experiences. The works also tell of a wish for immateriality, of boundary transcendence, of becoming invisible. What will be presented at foxhole is a condensed form of Sjöberg’s recurring interest for the boundary and its change. This presentation happens in direct preparation to an opening of a new solo show at Galleri Box in Gothenburg on May 3, and the project will continue in multiple forms after this onwards.

The most apparent link to performance scholar Franziska Bork Petersen’s research is a common interest in performativity and the ephemeral—even if the performativity of Sjöberg’s works does not follow a set regimen. While Sjöberg will show new work, Bork Petersen will tap into her previous research on bodily authenticity and a utopian body, while circling around questions about the nude as metaphor and ideas of neutrality and disappearance. How the two opposing but co-dependent entities of the fleeting and the encounter influence individuals or pairs in interaction may be another point of departure for dialogue.

The audience is welcome to view and discuss Sjöberg’s new work and, but not only, its theoretical aspects in order to gain a better understanding of how these works could develop in future projects, as well as what theory needs to be asking. Yet to which realm of emotional, aesthetical, existential, practical, perceptual or other experiences the discussion leads is up to its participants, who are welcome to surprise and let themselves be surprised.

Tobias Sjöberg works with installation, performance, video, painting and sculptural objects. His artistic practice focuses on questions drawing and transgressing boundary, the mental, social, philosophical and material aspects of going from one state to another. The unifying and isolating, the ‘we’ which dissolves the ‘I’ and yet draws a boundary towards the outside world, have been of continuous inspiration. He is a graduate from Goldsmiths in London. Selected exhibitions include: Galleri Box (Gothenburg, 2014), Galleri Sinne (Helsinki, 2013), Konstnärshuset (Stockholm, 2013), 1646 (Den Haag, 2012), Verkstad rum för konst (Norrköping, 2012). His work is represented e.g. in the State Art Museum Kiasma in Helsinki, Finland, and at the Romanian Culture Institute in Stockholm. tobiassjoberg.nu

Franziska Bork Petersen is a Copenhagen-based dance and fashion scholar. She has recently finished her PhD thesis at the departments for Theatre and Performance Studies at Stockholm University and Freie Universität Berlin. The thesis investigated the notion of bodily authenticity—what it means in a contemporary context and how a body is staged as ‘authentic.’ Bork Petersen teaches dance analysis, dance film and contemporary choreography and was involved in designing a new ‘International Master Programme in Curating Art’ for at the Department of Art History at Stockholm University in 2008. Currently, her research interest is focused on possible relations between bodies and utopianism—can bodies be utopian, and what would that look like? 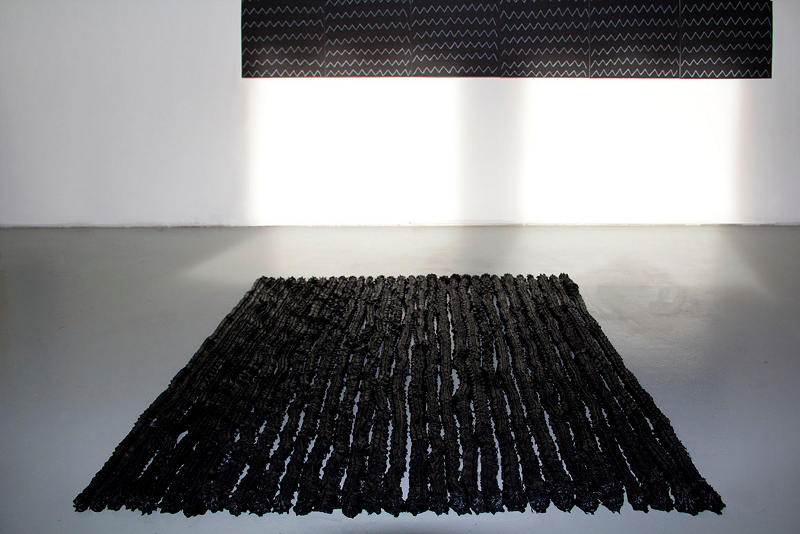