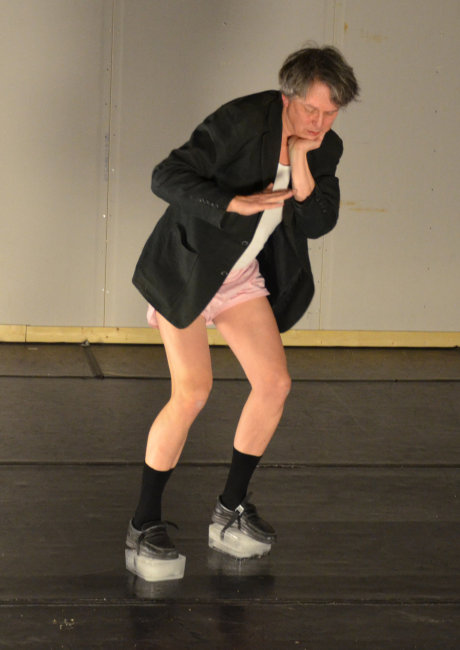 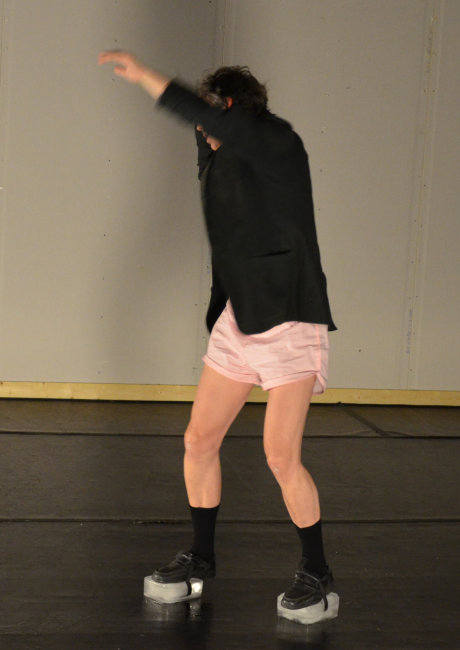 Rule / Constraint
A theater director wants to be part of a dance performance. His identity as a person is one who is in charge. Two blocks of ice are strapped to his feet while performing. This is a study of both the possibilities and boundaries of a costume which hinders the performer, deliberately working against traditional theater costume design by letting go of any attempt to illustrate or interpret a stage character.

Bio
Anja Rühle works as a costume and set designer for opera, theater and dance productions in both Sweden and Germany. She is part of the artistic team Nobody Dansproduktion, a dance company interested in creating and exploring situations that hinder the performer and his natural impulse to be in control of action. Rühle’s work is inspired by the thought of showing an experience that mirrors everyday life with its unforeseen occurrences rather than the perfectly rehearsed performance. The implement of loss of control and/or identity is essential in her work. Born in Germany 1973, she now lives in Stockholm, Sweden.