ouxpo: nip it in the bud. 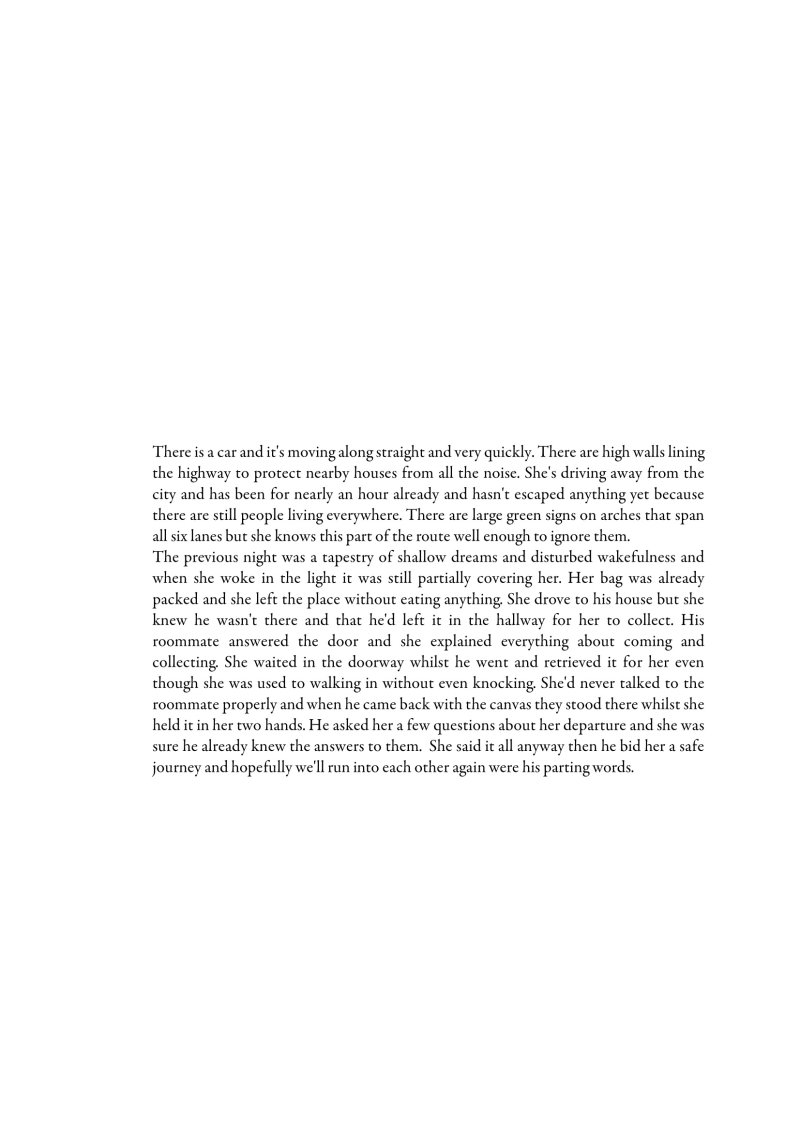 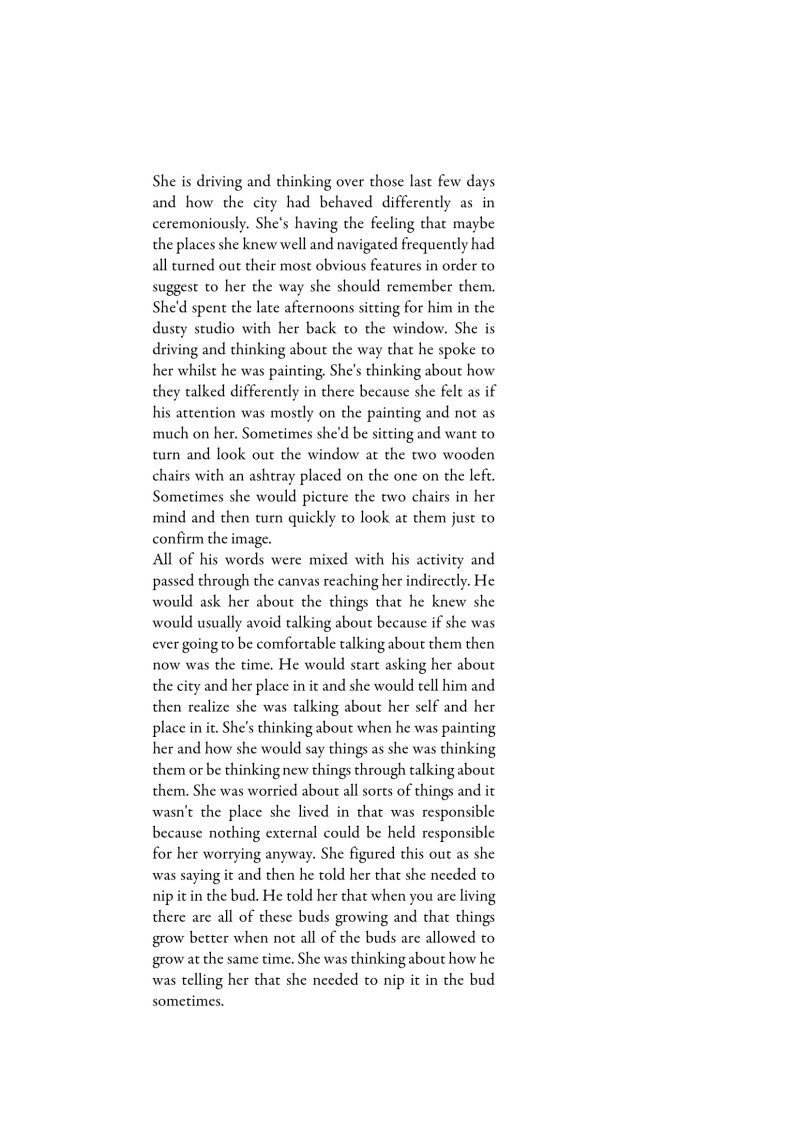 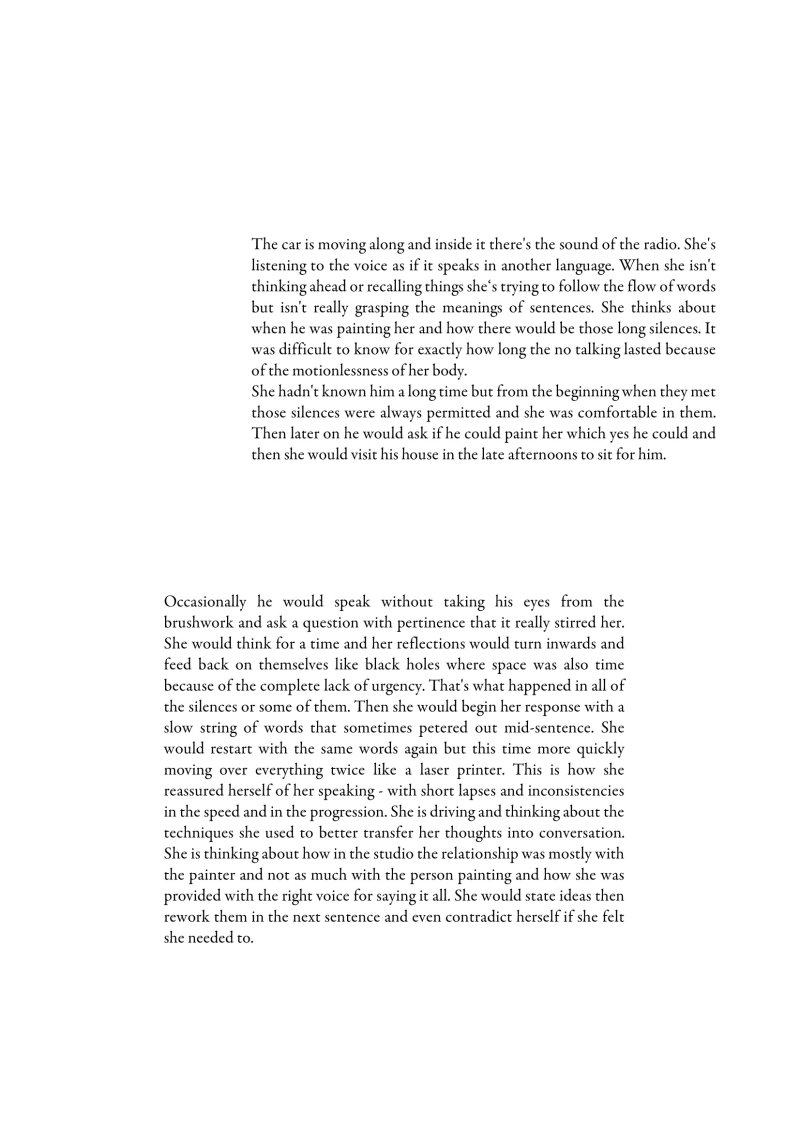 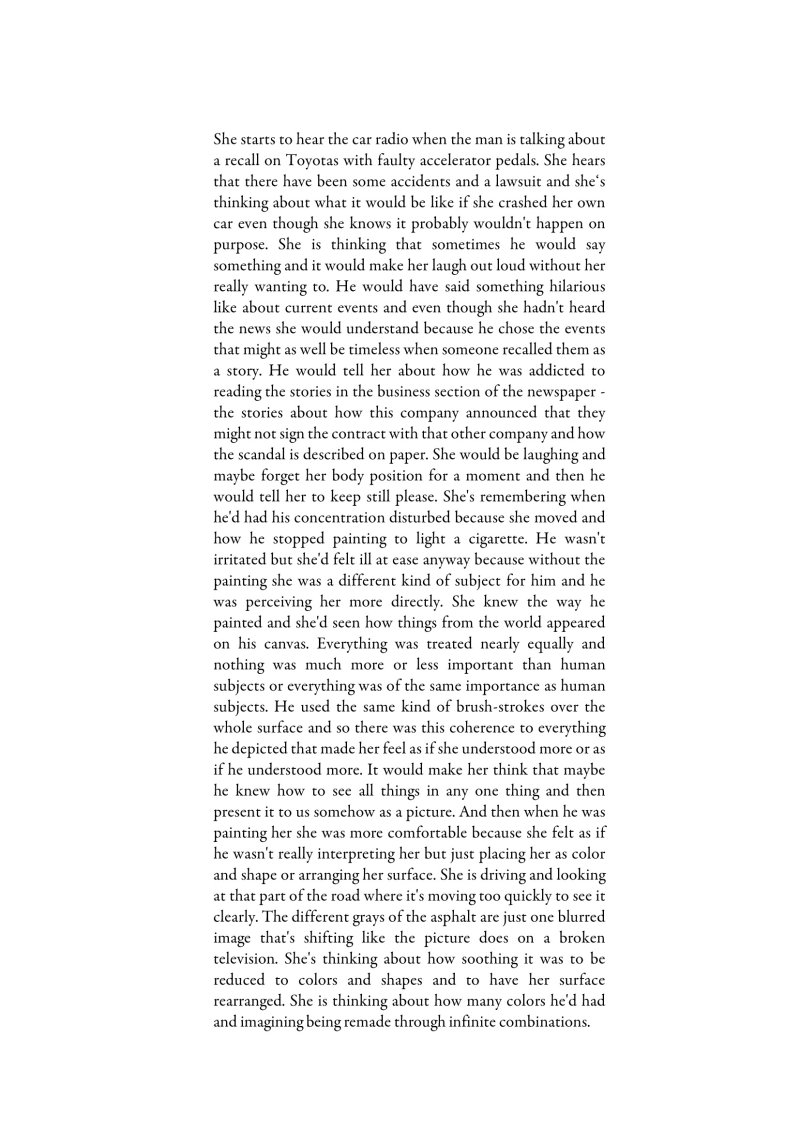 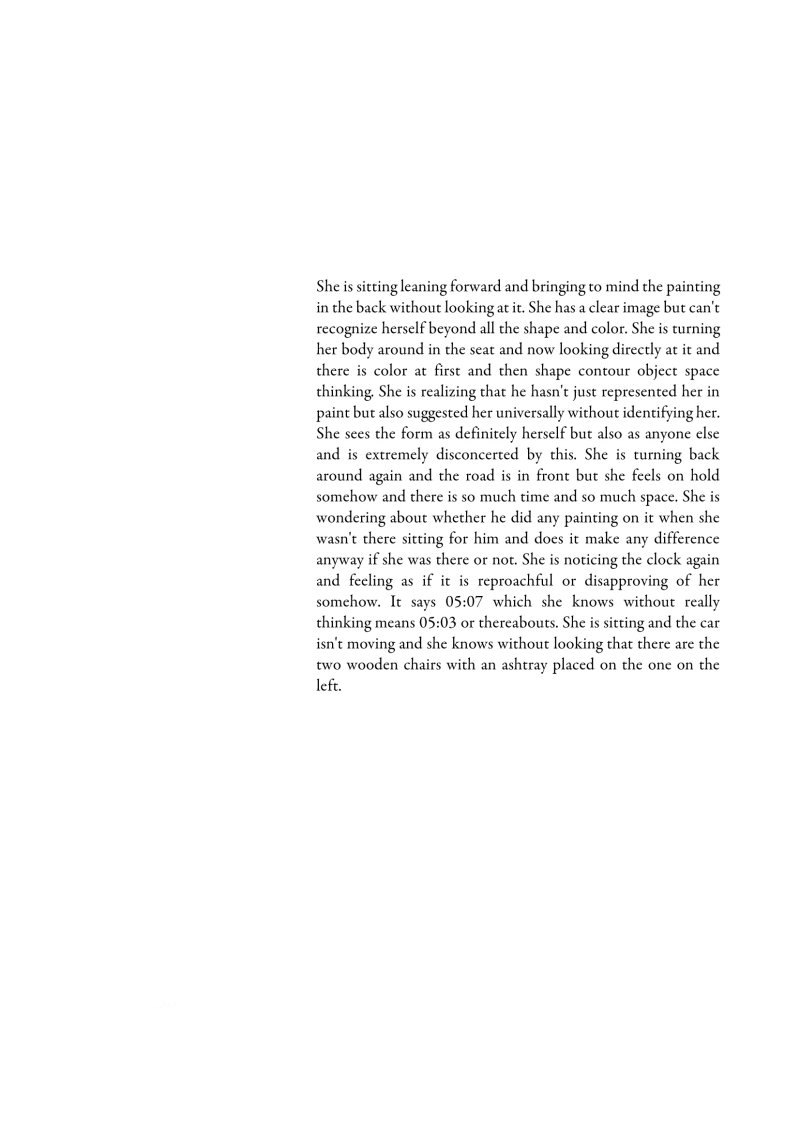 Title
Nip It In The Bud.

Rule / Constraint
Production of this narrative text was based on preset limitations with respect to space and time; all imagery contained within it must be derived from the action of driving between cities in North America; all action must be described and played out in the present; all imagery derived from the protagonists recollections must be treated as equally present as her physical actions and observations described. Nip It In The Bud. is an inadequate but genuine attempt at depicting the process of recollection as it occurs in the now. All verb tenses and the descriptions they articulate are overlapped and interspersed. Recalled images have their roots in actual experience―this includes the images supplied by conscious reflection as they combine with observations of physical surroundings. The process of conscious recollection often forms itself for an individual as a set of inter-cut images that resemble the language of film editing―occasionally, there is an overlap or a cross-fade.

Bio
Born 1986 in Auckland, New Zealand, Andrew de Freitas produces artworks confronting everyday perception and reviewing the ways in which we come to terms with reality. His artwork employs a range of mediums in the exploration of issues arising from everyday perception and the ontological comprehension of reality. Central to his practice is the rearrangement of sensory data and experimentation with expanded methods of production and the narrative form. He has exhibited in various contexts in New Zealand, the United States and Canada. He currently lives and works in Montréal, Canada.