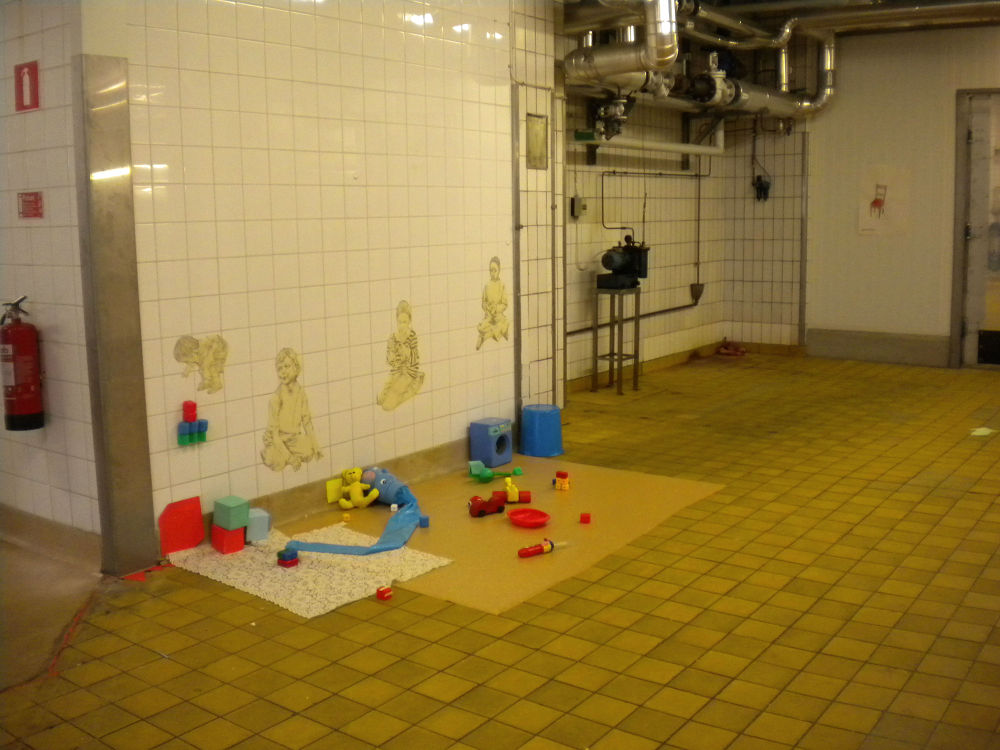 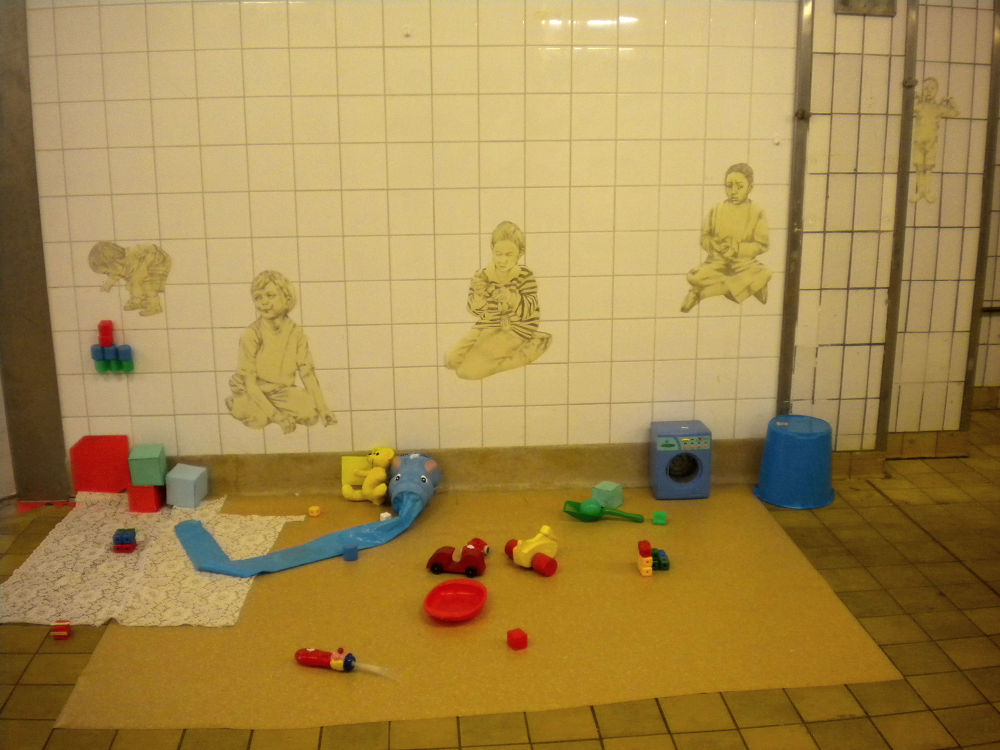 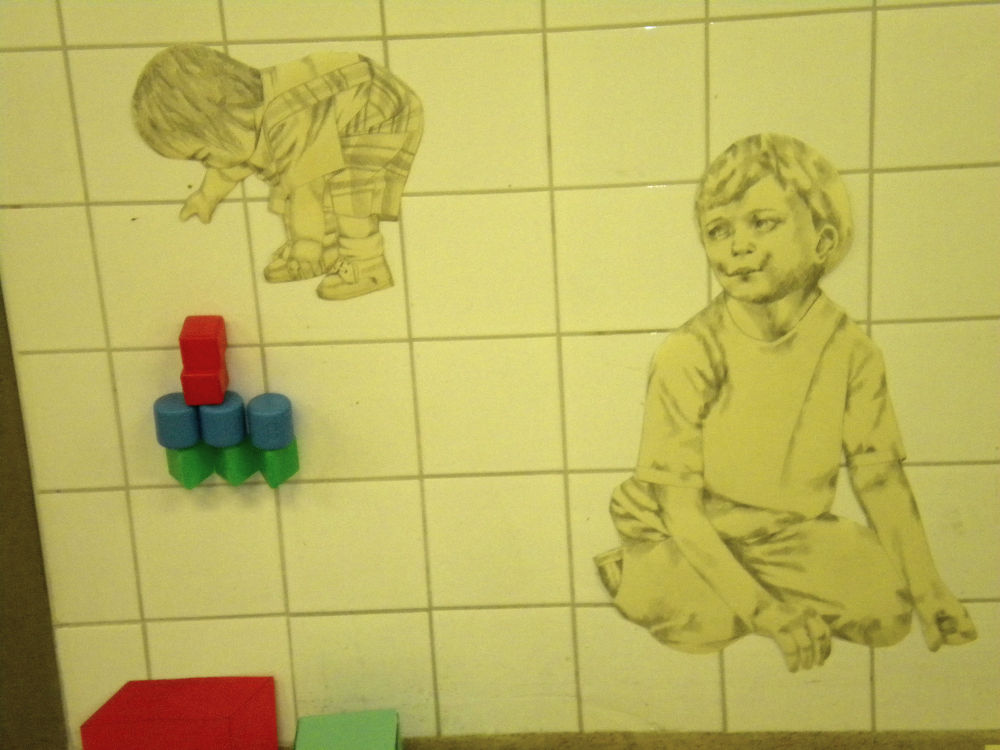 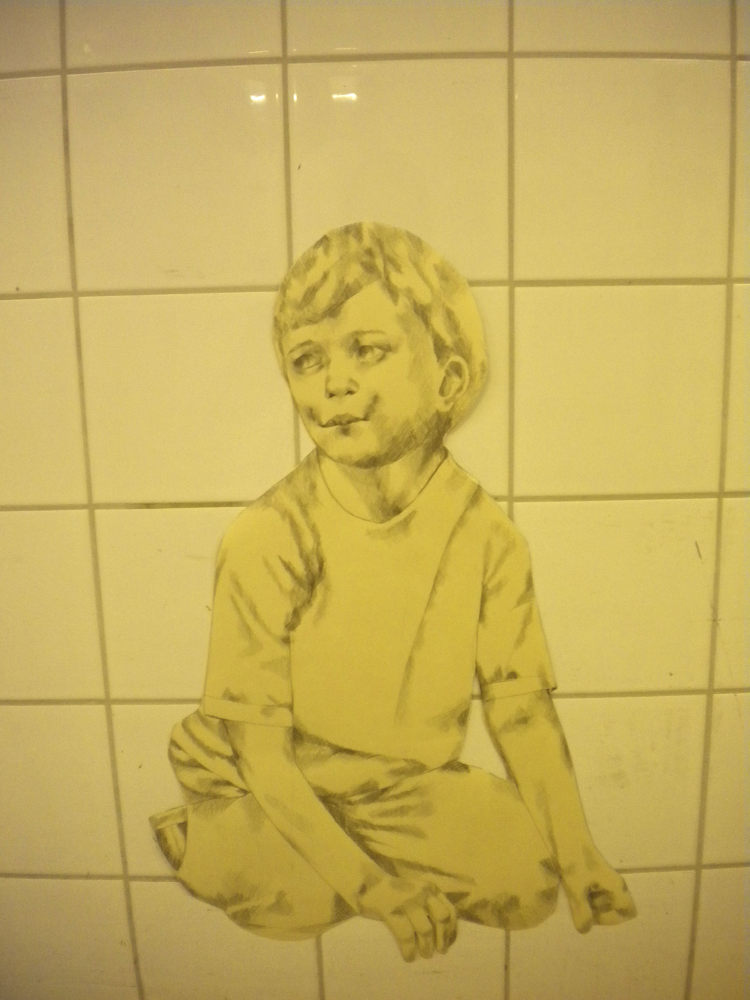 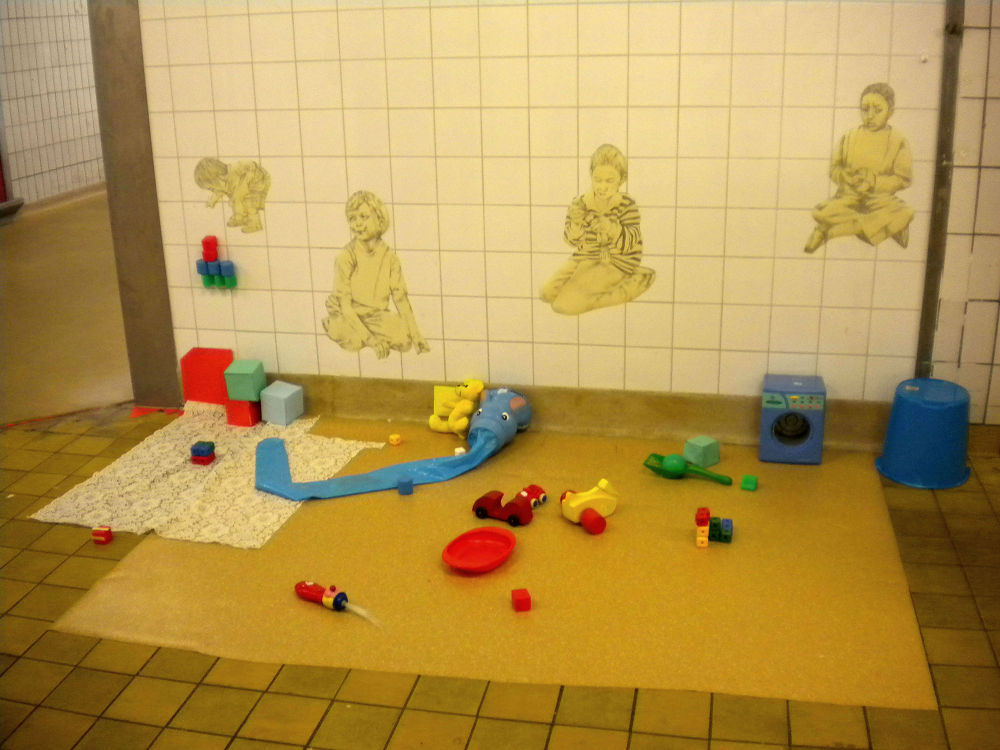 Concept
Autistic Playground is an attempt to encounter the still living but lost individual. The artist’s personal beast remains to be distant worlds which cannot be reached or those which are inaccessible. The artist finds this division unsettling; Karlsson uses autism as an entry point to further investigate this beast. The scene illustrates the distance between the autistic world and her own, with autistic children displayed on the wall used as a canvas. They are surrounded by toys in a playground. Karlsson attempts to create a meeting point between these two worlds, but the contrast may instead highlight differences.

Bio
Amanda Karlsson attempts to find empty spaces where one can rest whilst being simultaneously surrounded. She deconstructs and rebuilds: use a moment, preserve its visual importance, then leave the rest. Structurally, Karlsson begins with a working title; from there, she decides upon the mood and first impression that she wants her viewer to have. Her goal is to make art which requires an immediate response.