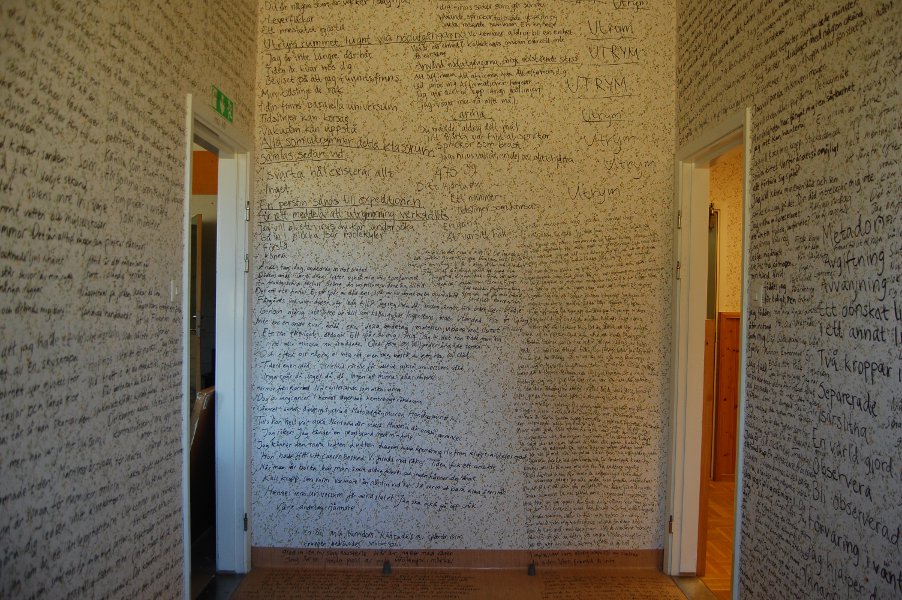 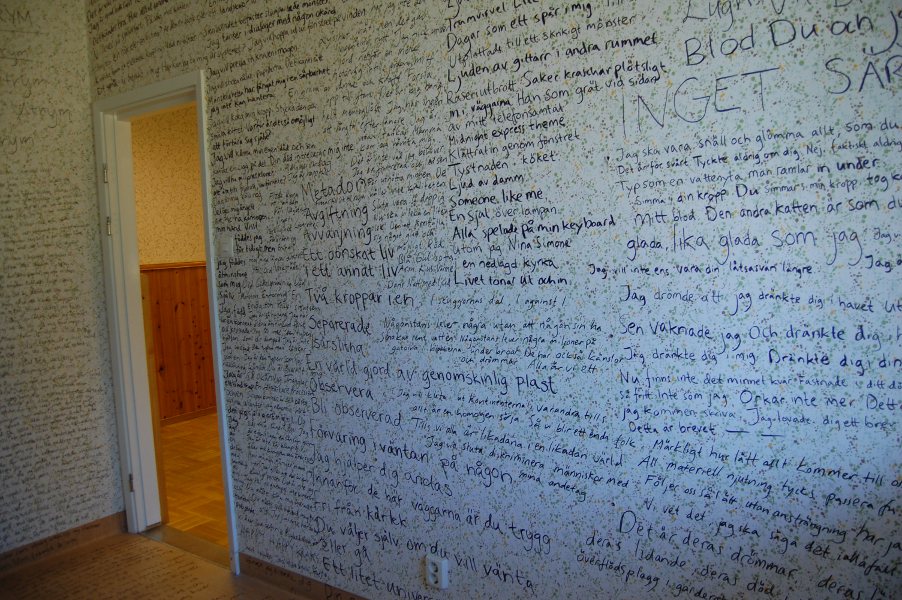 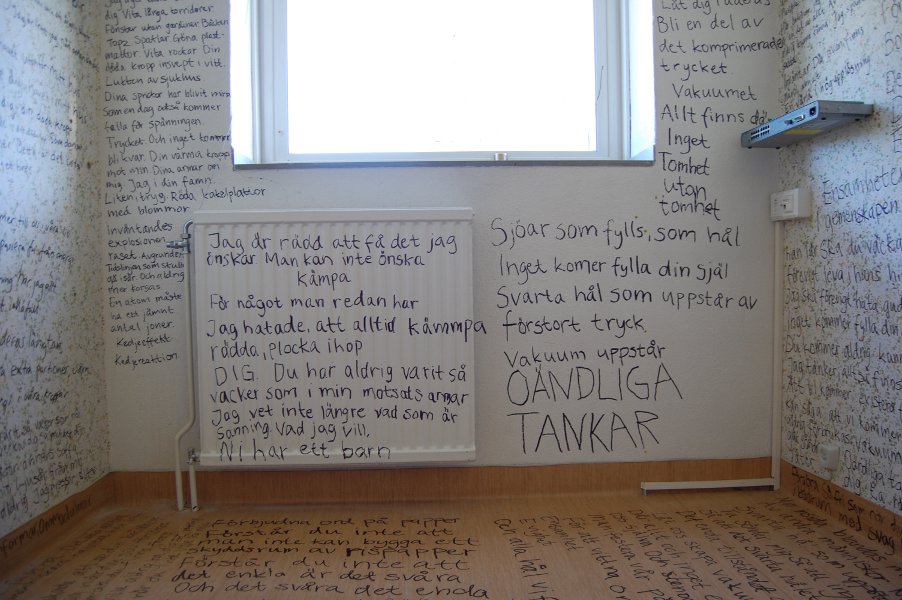 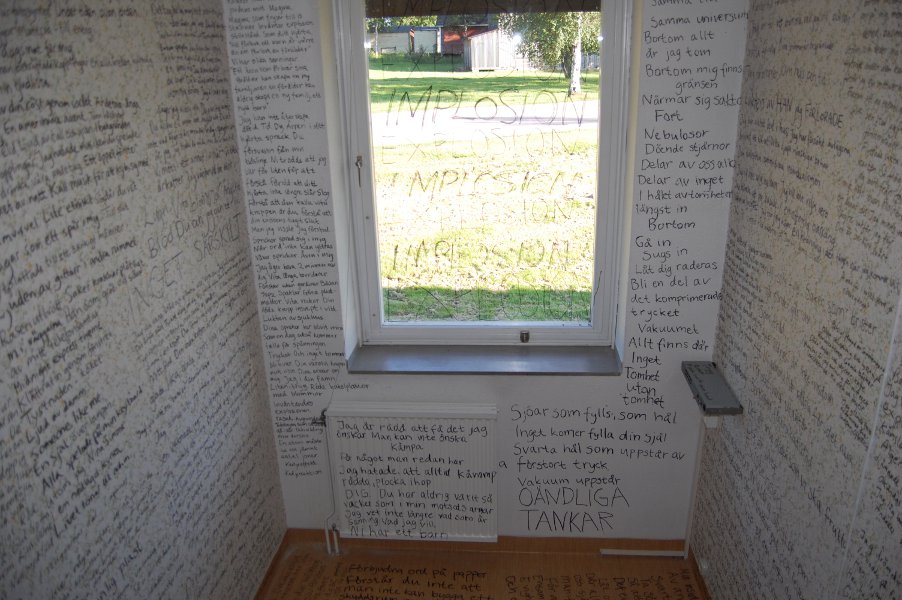 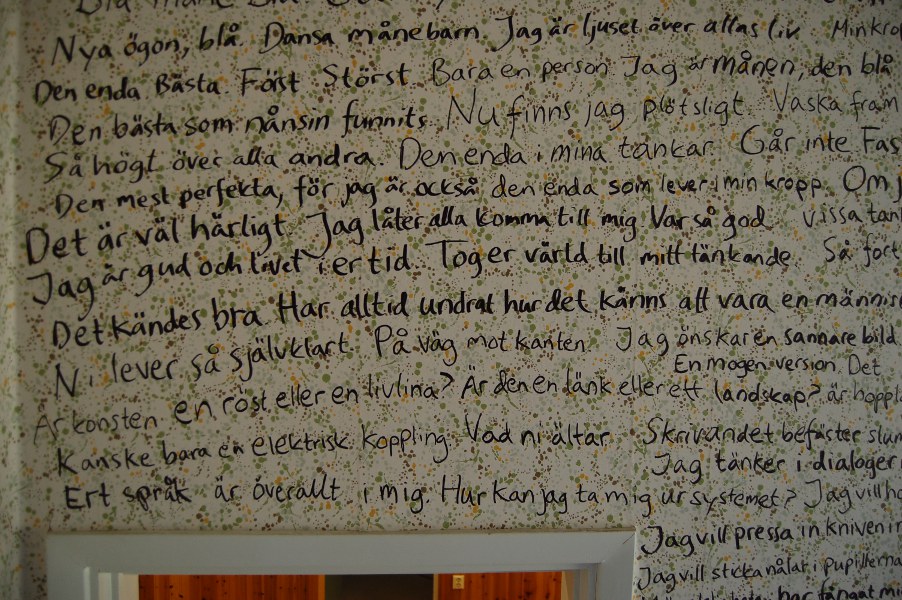 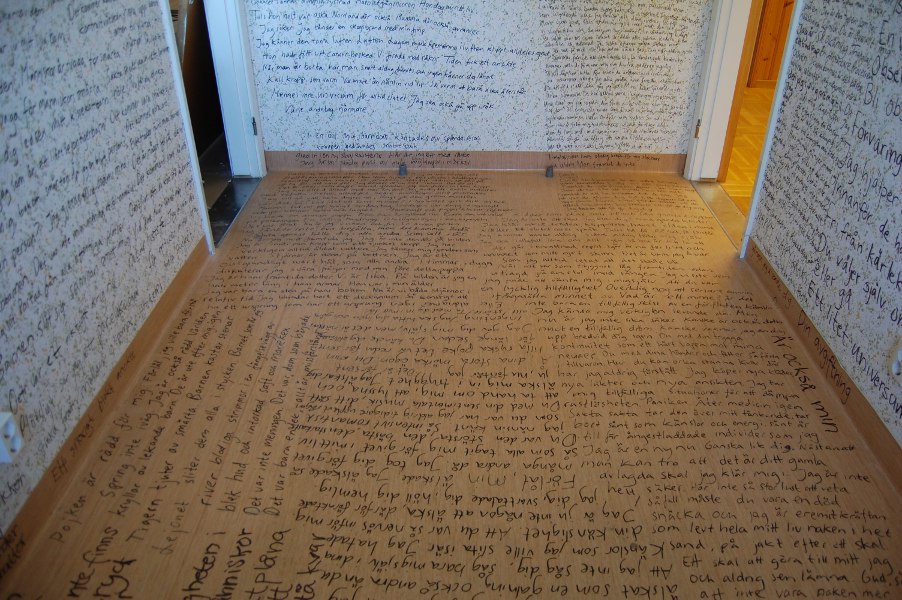 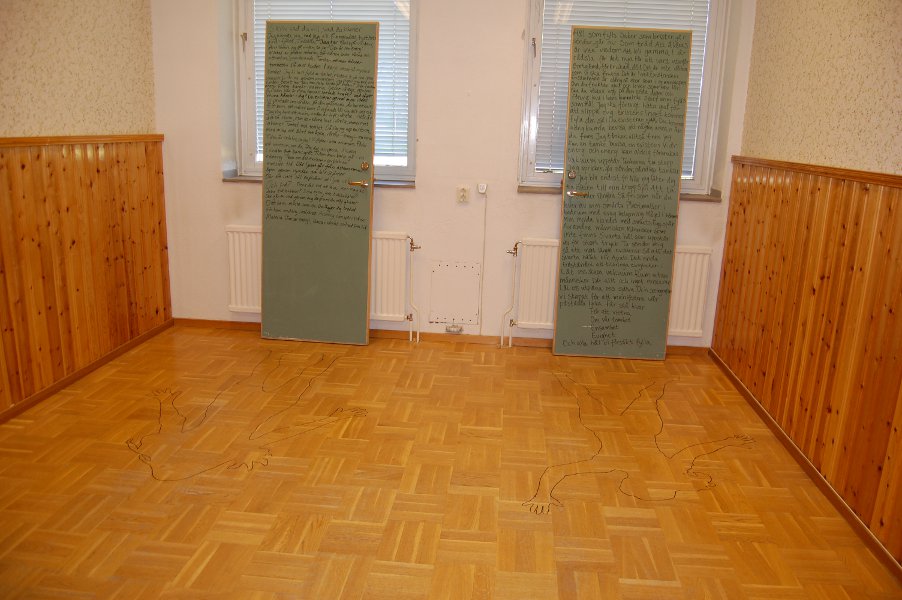 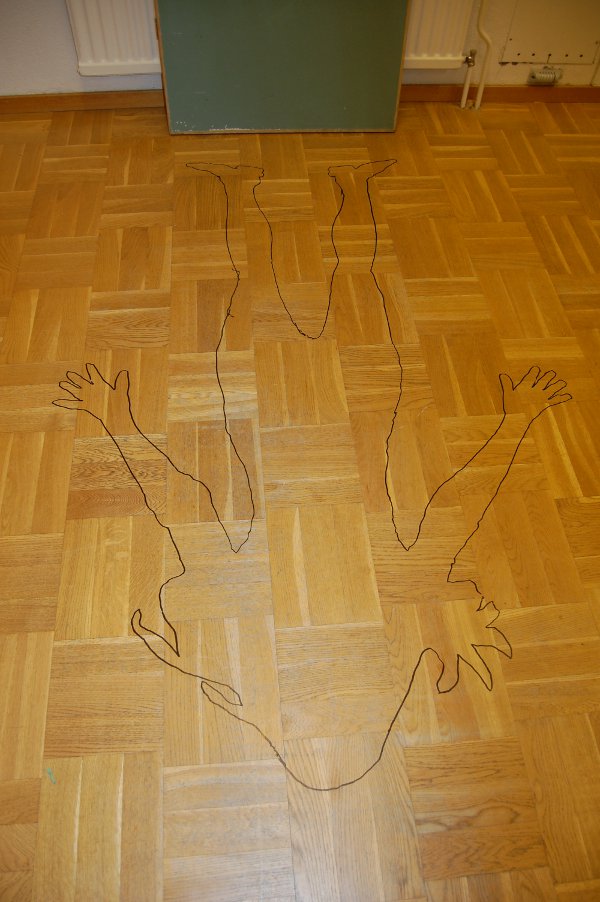 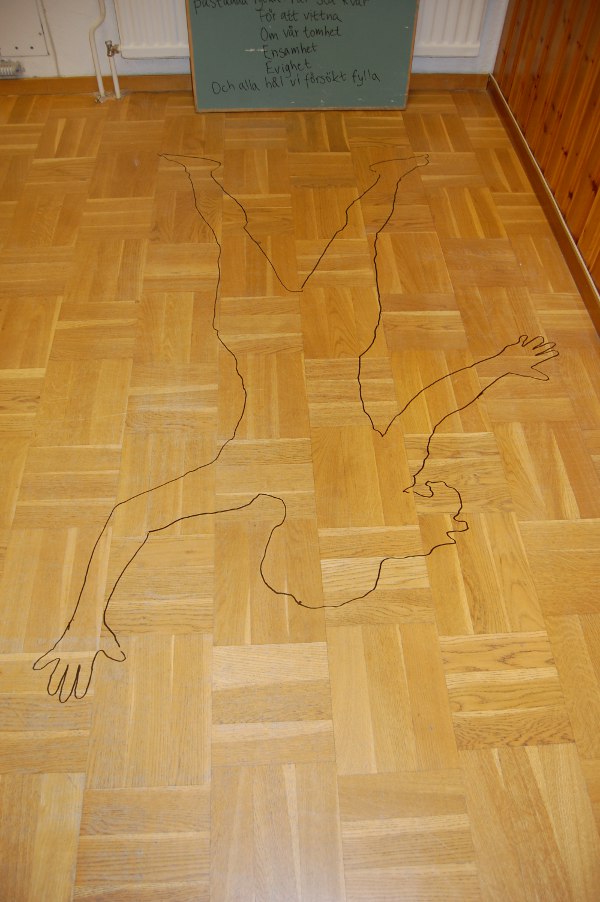 Concept
The idea for Implosion Explosion existed within both of us for a long time. We both tap into feelings and the subconscious in our artistic practice. Previously, Söderström created two installations of her ‘innermost room’ whilst Lilja created watercolor paintings on the same theme. But this time, we wished to cooperate artistically. After having a series of intricate discussions, we realized that we share similar internal monologues and concerns.

Implosion Explosion is an exploration into a young girl’s psyche. We wanted to create the feeling of entering someone’s old room—where their inner thoughts and secrets are written directly onto the walls. We created this installation during our interim at Tomma Rum’s artist-in-residence project which provided abandoned rooms as studio space—each with a hidden history.

Room #1 consists of personal texts created on-site. Room #2 is, more or less, a key to Room #1. In this room, we placed dismantled doors that used to separate the two rooms, and we wrote most important texts onto them. Two silhouettes were drawn onto the floor.

Bio
Leonela Lilja will commence her B.A. in Art at Umeå Academy of Fine Arts this year. She has previously studied at Nyckelviksskolan in Stockholm and Dômen konstskola in Gothenburg. Her artistic practice ranges from sculptural installations to watercolor paintings to performances. Lilja often mixes techniques; her art is a search for and an experiment with her ‘inner room.’

Ylva Söderström has previously studied at Dômen konstskola, where she met Leonela Lilja. Söderström’s artistry is oftentimes an exploration of the self and social roles which constantly surround us. She uses art as a way to formulate an inner problem to herself which results in video, photo-based works, installations and large-scale oil paintings.