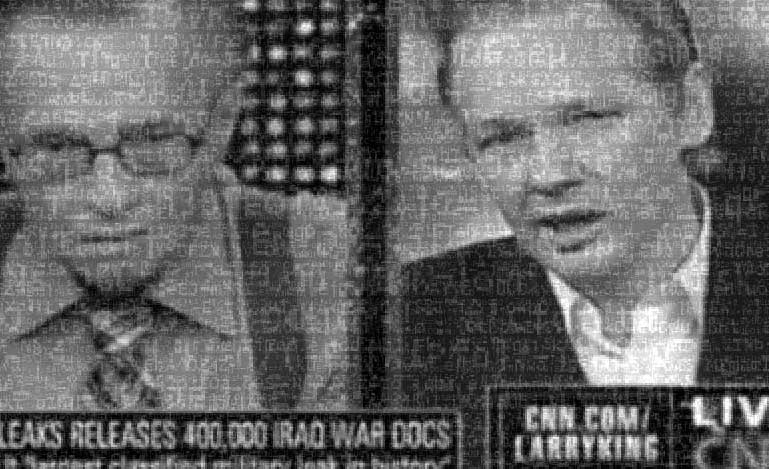 On the 28th of July 2010, WikiLeaks—a non-profit international media organisation renowned for publishing classified and censored materials—posted a link to a mysterious 1.4GB file entitled insurance.aes256 on its Afghan War Diary website. The file’s appearance generated considerable speculation and debate as no official explanation was given about its contents or purpose. Some believe that the file is encrypted and contains blackmail information intended to insure WikiLeaks against attacks by those compromised by the Afghan War Diary. Others surmise that the data is a hoax designed to distract the organisation’s growing list of government and corporate enemies. Numerous public and private investigations have returned no conclusive evidence either supporting or discrediting these theories.

Countless individuals and interested parties have now downloaded insurance.aes256 and redistributed it across innumerable hard drives and servers spanning the world’s vast unregulated file-sharing networks, virally embedding it into the fabric of the Internet and rendering it forever obtainable and impossible to eradicate. An anonymous collective now patiently awaits the day in which the key to opening it will be revealed.

What knowledge (or secrets) will be uncovered within its cryptic digital form? Will we learn of atrocities concealed by those intent on constructing alternate versions of history in order to hide their crimes, or will it simply contain information too dangerous to release now that needs to be safeguarded for future generations to consider? Or will we discover that insurance.aes256 has merely exploited the global online community to sustain the media hype surrounding WikiLeaks and the cult of personality enveloping its de facto leader Julian Assange? Whatever the reality may be, for now, the truth about insurance.aes256 remains unknown.

Bio
Born in 1974 (US/UK), Michael Takeo Magruder is an artist and researcher based in King’s Visualisation Lab, located in the Department of Digital Humanities, King’s College London. His practice explores concepts ranging from media criticism and aesthetic journalism to digital formalism and computational aesthetics, deploying Information Age technologies and systems to examine our networked, media-rich world.

Michael’s projects have been showcased in over 200 exhibitions in 30 countries, and his work has been funded by the Esmée Fairbairn Foundation, the Andy Warhol Foundation for the Visual Arts, Arts Council England and The National Endowment for the Arts. He has been commissioned by numerous public galleries in the United Kingdom and abroad and by the leading Internet Art portal Turbulence.org. Several of his most well-known artworks have been included in Rose Goldsen Archive of New Media Art at Cornell University.