Is it really possible to see beyond the self? How does an individual or group ignite others into considering that which exists elsewhere―outside of themselves? What is useful about examining something or someone existing on its own, thriving with or without approval? When one thinks of ‘participation,’ is the idea static or evolving? What is possible when the focus shifts from the ‘I’ to the ‘Other’? Do the limits of distanced spectatorship interfere with the ability to collaborate? Is participation ever apolitical? Is the notion of ‘community’ at risk as it stands?

Jean-Luc Nancy noted that a community can become ‘unworked’ if it does not appeal to those who are involved or strive to be involved in said community (The Inoperative Community, 1982). When a community resigns to being a single idea or fixed point, instead of a conglomerate of entities being in-and-amongst each other in flux―giving, taking, exchanging―the thread of togetherness loosens. Relationships can be rejuvenating, or they can be insipid and depleting. Whose responsibility is it to polish a dull moment?

The speaker-listener dynamic is often compared to that of the actor-spectator, and the distance between such dichotomies can increase or decrease depending on the approach. Bertolt Brecht emphasized heightened consciousness by focusing on more removed acts of rationality and critical thinking, versus Antonin Artaud who wished to decrease distance between the actor and spectator with intimate, proximal theatrics. Guy Debord (co-founder of Situationist International) proposed specific situations which encourage new social realities based upon experimental relations. Yet the intent of these three tactics was / is to activate its participants. Moving closer, moving farther away, or placing one’s self in a new position: three historical approaches which can be applied to Sans Ego―plus others which may surface.

Much is revealed when a singular perspective is dismantled through compositional propositions designed to: (1) dismantle the ego, (2) abandon self-promotion, and (3) appreciate the ‘Other.’ Yet that which exists outside of the self: the art or identity of another, the audience, the environment―still depends upon one’s ability to recognize. Sharing that which one does not ‘own’ leads to various outcomes: spectacle amendment, reflexive exchange, conflict-resolution shift, unpredictable reaction, dependent-independent (re)negotiation.

Sans Ego aspires to be an organic, community-building inquiry into how associations are constructed and disassembled by harnessing both generosity and trust as a means and end. Different approaches will take place in Stockholm Proper (with occasional stints elsewhere), such as: anonymous invitations, blind dinner rituals, seasonal potlucks, investigative fieldwork, role-playing, genuine dispatches, ownership labs, identity explorations, generative games.

Initiated in 2008, Sans Ego is not a year-round endeavor—it is more so responsive to the seasons and moods of those involved. This project continues to be developed. To receive notification about Sans Ego events, contact valeveil to join the mailing list. Please provide the project title Sans Ego in the subject line and full name(s) in the body of the message. 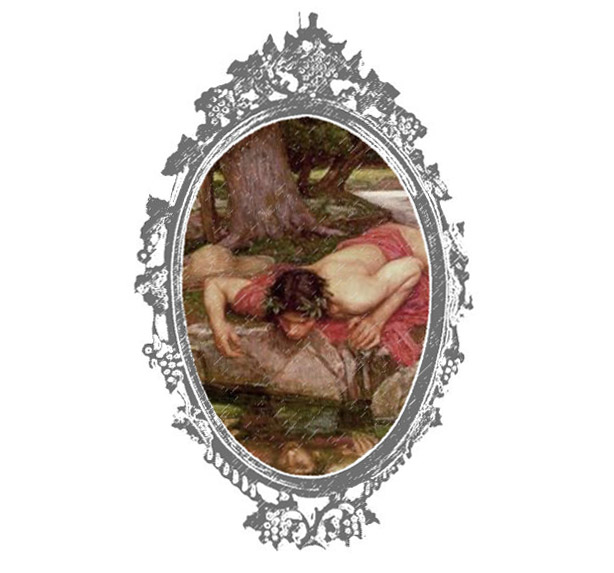 Core of my heart, my country!
Her pitiless blue sky,
When sick at heart, around us,
We see the cattle die —
But then the grey clouds gather,
And we can bless again
The drumming of an army,
The steady, soaking rain.

Maybe dreaming of a very particular spring
which contained a day full of furiously yellow
blossoms, with a laughing face in the midst of
them; a picture like a feeling, which seemed to
embody the meaning of life. What could Jochen
do about the fact that there are people who
yearn for the return of this sole tangible
moment and for nothing else, instead of letting
things come upon them as they will?

If you can keep your head when all about you
Are losing theirs and blaming it on you,
If you can trust yourself when all men doubt you
But make allowance for their doubting too,
If you can wait and not be tired by waiting,
Or being lied about, don’t deal in lies,
Or being hated, don’t give way to hating,
And yet don’t look too good, nor talk too wise:

On saturday the three of them drove into town in the
car that the paint had barely dried on and Mr. Shiftlet
and Lucynell were married in the Ordinary’s office
while the old woman witnessed. As they came out of
the courthouse, Mr. Shiftlet began twisting his neck in
his collar. He looked morose and bitter as if he had
been insulted while someone held him. “That didn’t
satisfy me none,” he said. “That was just something a
woman in an office did, nothing but paper work and
blood tests. What do they know about my blood? If
they was to take my heart and cut it out,” he said,
“they wouldn’t know a thing about me. It didn’t
satisfy me at all.”

‘ When I was alive and had a human heart,’
answered the statue, ‘I did not know what tears
were, for I lived in the palace of Sans-Souci,
where sorrow is not allowed to enter. In the
daytime I played with my companions in the
garden, and in the evening I led the dance in the
Great Hall. Round the garden ran a very lofty wall,
but I never cared to ask what lay beyond it,
everything about me was so beautiful. My
courtiers called me the Happy Prince, and happy
indeed I was, if pleasure be happiness. So I lived, and
so I died. And now that I am dead they have
set me up here so high that I can see all the ugliness
and all the misery of my city, and though
my heart is made of lead yet I cannot choose but weep.’